A Visit From the Arbiter

Hello! It's been awhile, but I thought I'd drop back in with something fluffy for you all. This is a set of tables I began writing for a campaign I ran almost 3 years ago. I was originally planning to have very odd Elves, in OSR fashion, but what I've ended up with might fit a more nebulous word. Something like "Neighbors", "Guests", or "Co inhabitants". 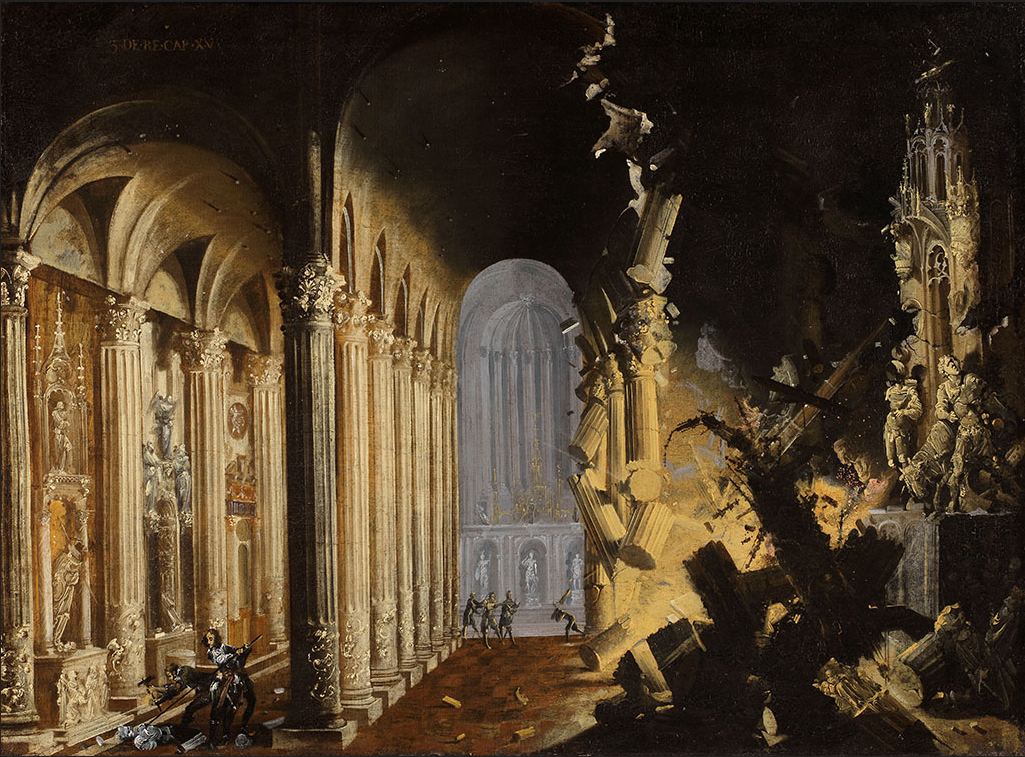 How many ages have they been holed up in there? How many petty intellectuals have written treatise decrying imagined decadence and tyranny? Scribes copy and recopy these lies on vellum as the endless knot of the Elven world coils tighter and tighter. As the roots take hold of its foundations, as the grass chokes the promenades, as the locks rust to nothing the Elves continue their inscrutable project.

The earth is a watch. The watch has yet to be invented, but the Elves know that the earth is a watch. It is a law-bound system, subject to limitation, subject to chaos: ticking out of time. Wildfires and droughts and peasant revolts and, perhaps, eclipses are all like this: evidence of a contradiction running its course and trying to resolve. The watch begs to be wound up but betrays again as it loses synch. But what if a contradiction could be flipped inside out? I know, what does that even mean? ‘Flipped inside out’, a description of an object in space, not compatible with an abstract noun. But this is exactly what the Elves have attempted. An impossible task to make an impossible place. That is, a Utopia, no place at all.

Their logic is so calcified that it’s become endlessly creative. Every instrument of brutal, mechanical control has become its exact opposite. Grasping scarcity has become so ingrained in them that they have discovered limitless wealth. For centuries they have practiced their etiquette and manner. But none of this is extravagance, exactly the opposite. Every flourish is exquisitely necessary, organized to unknown ends. Nothing should work but it does.

Before they blinked out of history and out of their vast cities, the Elves struck a deal. This is the Ancient Contract. Nobody remembers who agreed to the terms. It is not so much a document as a mandate, a ritual, an action which constantly repeats. The Elven Arbiter arrives without warning, the Embassy is begun. Why? Something is wrong with our side of the world. Something like a quest needs to be performed. Our world must be kept as it is. There are details that must be maintained. Natural features, borders, social structures, ideological hegemonies, which the Elves have deemed necessary to the function of their hidden society.  It is as if we are not so separate afterall.

Mode of Transport: The Arbiter always travels in style.

1. Completely white litter carried by porcelain coloured humanoids without clothes, genitals, or faces
2. Bed of exotic flora which grows to move forward and withers just as fast
3. Floating glass pyramid inscribed with calligraphy, it keeps above the earth by constantly singing
4. A large crawling red hand with a small castle tower rising from the wrist
5. A carriage of silk which several large spiders swing through the trees
6. A muzzled troll whose belly can be slit open to reveal a lovely parlour with fleshy coloured furniture
7. A group of skeletons carrying four large iron wheels who fold together to make a carriage
8. A large egg which rips a chuck out of reality when cracked, replacing it with the Arbiter’s elegant drawing room. The egg appears in the fireplace and causes the room to disappear if it’s removed.
9. A massive roughhewn crystal crawling on crab legs. The sunlight makes its reflection the portal to a pleasant grotto.
10. A moving bonfire with a huge steel kettle cooking on it. A lovely kitchen is poured out when the water boils.

Appearance: It is forbidden for outsiders to gaze upon a being as mighty as the Arbiter, but they conceal themselves with the most stylish guise.

1. A crudely anthropomorphic crocodile. Eyes like stars wink from inside its jaws.
2. Robes like water, an obscuring cataract that gets nothing wet.
3. Light bends around the Arbiter, creating a moving void in sight.
4. The Arbiter is inside out. It is no shame for outsiders to see one’s guts and bones.
5. Light passes through the Arbiter, an unbreakable invisibility. But their voice is everywhere.
6. You. Just like you. A mirror.
7. A veil of chitinous insects surrounds them. Their whirring wings change colour, signalling mood.
8. A luminous silken veil from which copious sweet smoke spills.
9. A face-shaped obsidian cage encircles their body. Arms and legs, naked and pale, stick out.
10. Behind you. Always behind you.

1.Dressed in armor made completely of slashing edges and stabbing points fitted together and riding muscular horses whose flesh is all scar tissue (Knights of Predation)
2.  Gnarled tree bark is fused to their flesh, they ride owlbears and wield wooden weapons (Knights of the Spring Thaw)
3. Wear armor of iron feathers and ride huge swans with the legs of lions (Knights of the Summer Updraft)
4. Dress in armor made of elegantly folded paper and ride gently purring snow clouds (Knights of the Winter Gale)
5. Their heads are grafted onto long spindly golems grown of glass and rosebushes. They carry their fleshy bodies on their backs in vats of purple jelly. (Knights of Spring’s Cull)
6. They are completely invisible but leave footprints of all manner of forest creatures as they march and sound like a whole zoo. Only during eclipses are they visible. (Knights of the Beast Star)
7. They appear as black blotches moving across the ground, beautiful shadow puppets of knights carrying clouds of banners atop displacer beasts. At the moment the sun sets completely, they rise from the shadows. (Knights of the Consecrated Moon)
8.  They are emaciated, missing limbs, eyes, mouths and wear armor of dark red resin which has been formed into strange prosthetic feet and hands. They ride fat quadrupedal devils who smile all the time. (Knights of the Sun’s Ash)
9. They ride steeds of flowing glass warped into the shape of horses with rooster-like manes. The knights are entombed in steaming glass canisters, like champagne flutes fitted around their arms and legs. Miscellaneous tubes hang from their chests, fragrance flowing freely. (Knights of High Summer)
10. They sit on long legged lizards with huge crests emblazoned with psychedelic patterns. Their armor is scale of petals held together with thorns. (Knights of the Spring Equinox)
What are the knights up to? After all the official business, they’ll need to blow off some steam.
1. Eating somebody’s cattle with their bare hands, they just chew the meat and spit it out
2. Standing perfectly still and staring at the sun
3. Beating each other with their own limbs, for training purposes
4. Stalking townsfolk, silently
5. Trying to trade flowers for goods and services, and succeeding
6. Peacefully sewing tapestries from grass, skin, and clouds
7. Shooting song birds out of the air with perfect accuracy and sorting their feathers by size and colour
8. Swallowing weapons, dogs, ect, and coughing them up in perfect, or more than perfect, condition
9. Burning vast amounts of incense and sitting in the flames, mediating
10. Laughing uncontrollably at every aspect of non-Elvish society. They might spend an hour just standing around an outhouse, finding everything about it hilarious. 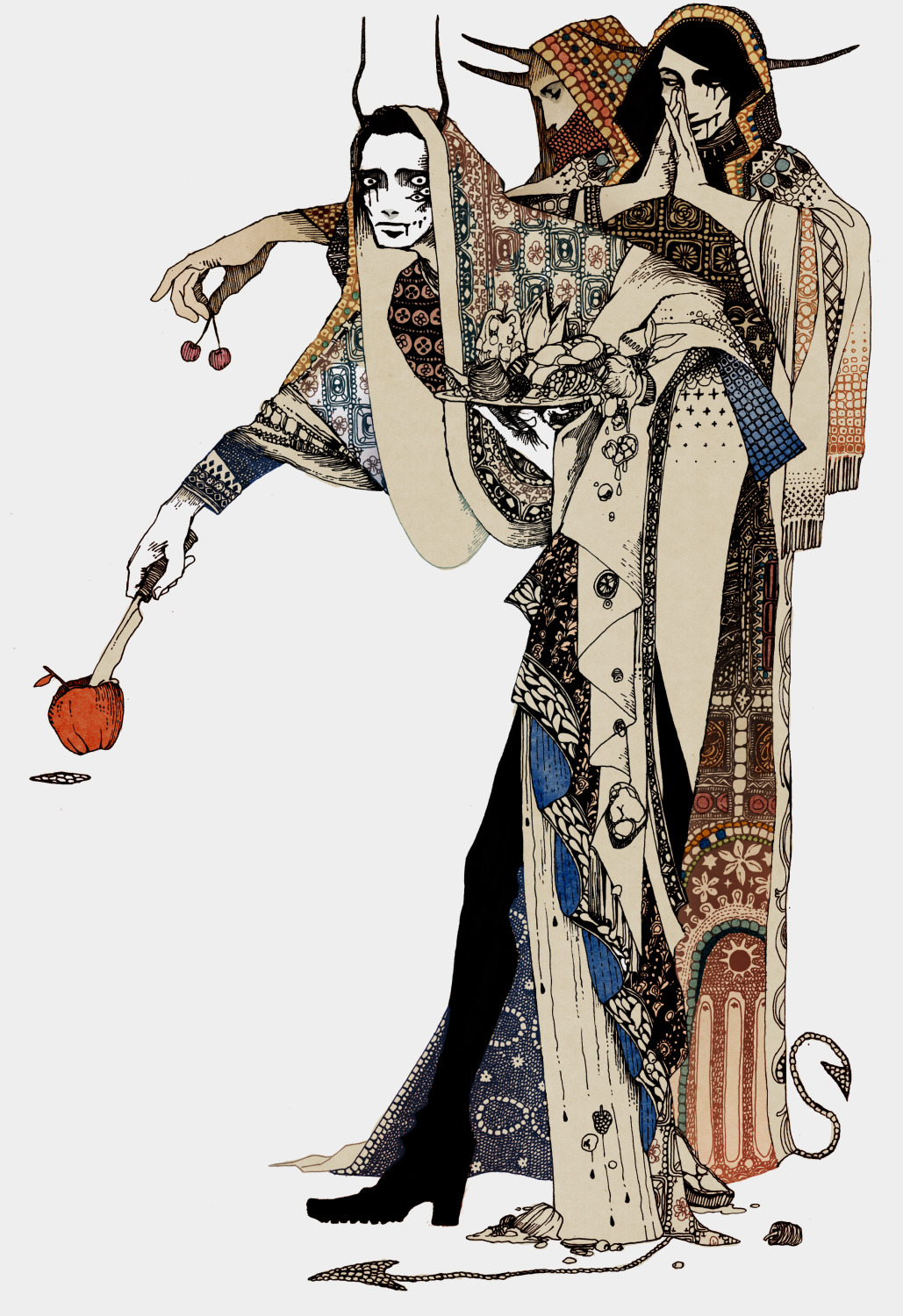 Go-Between: The Arbiter belongs to the highest echelon of Elven society, they will not debase themselves by actually speaking with the party. Thus the Go-Between, who will speak on the Arbiter’s behalf to the players and vice versa. The Go-Between is not of high enough rank to even ask questions of the Arbiter, they must ask one of the knights to do so. This is a complicated procedure.

1. Low status Elven knight
2. Terrified local dignitary
3. An ambassador from a foreign place, kidnapped
4. Enchanted Bear
5. Treant Slave
6. An overeager wizard, obsessed with the Elves
7. Gibbering half-elven changeling
8. Drunken Satyr
9. Local farmer with an Elven device embedded in her skull. Her eyes sparkle and she is oh so courteous.
10.  An amalgam of local wildlife forced into semi-humanoid shape

What must be done? The task must be seen to or else both our worlds will fall apart, so they say. Trust me.
1. A custom is changing too quickly. A story or song is being forgotten or a style of dress is being replaced.
2. Unrest is brewing in the wrong group. An uprising in the earliest stages must be stopped or the object of its ire changed.
3. A place is not being respected. A grove is being impinged upon, a quarry mined, an ancient ruin looted for building material.
4. An institution is in crisis. A temple is falling apart, a government is losing its authority, an industry is losing relevancy.
5. A natural disaster is looming, it must be mitigated. A flood must not destroy the harvest, a volcanic eruption must not interrupt a festival.
6. Infrastructure must remain as it is. A road is not being maintained, a mode of transport must be kept in fashion, a new project (like an aqueduct) must not succeed, a new technology must be destroyed.
7. Everything is too stagnant. Something drastic and traumatic must happen to society.
8. A dispute amongst the elite is getting out of hand. A political border must be maintained, an aristocratic family must not fall apart, a war must not start.

This post is dedicated to Algernon Blackwood
Posted by T AKW at 7:06 PM 3 comments: